When the sun shines, January boasts the bluest sky of the year. The world is crisp and quiet and new, waiting to see what will happen. The oasis of calm after the rush of late fall feels like a good time to reflect on the past year and mentally prepare for the new.

Nearly a year ago, my love came back to me from far across the sea. After picking him up from his midnight arrival on the last day of January, we sat across from each other in a (God bless them) 24-hour Greek diner at 1 am, having a meal together and not rushing – because we could.

How do I follow that? Later, in the spring, we happened upon a tiny space in downtown Charlottesville and opened a new apothecary that works really well for us as a team.

It’s barely big enough to swing a cat, but it’s fully stocked and keeps busy. Brian plays violin while he’s at the Soapbox and helps me make soap on his day “off” when Nancy’s there. He continues to celebrate his retirement from the Navy by not having had a haircut since last April.

New on the Shelf:
By now, you’ll have become familiar with our Herbal Bliss salt soaks that appeared last fall. We’ve made that heavenly smell into a scrub for winter skin. It’s fresh on the shelf, so come get yours now! 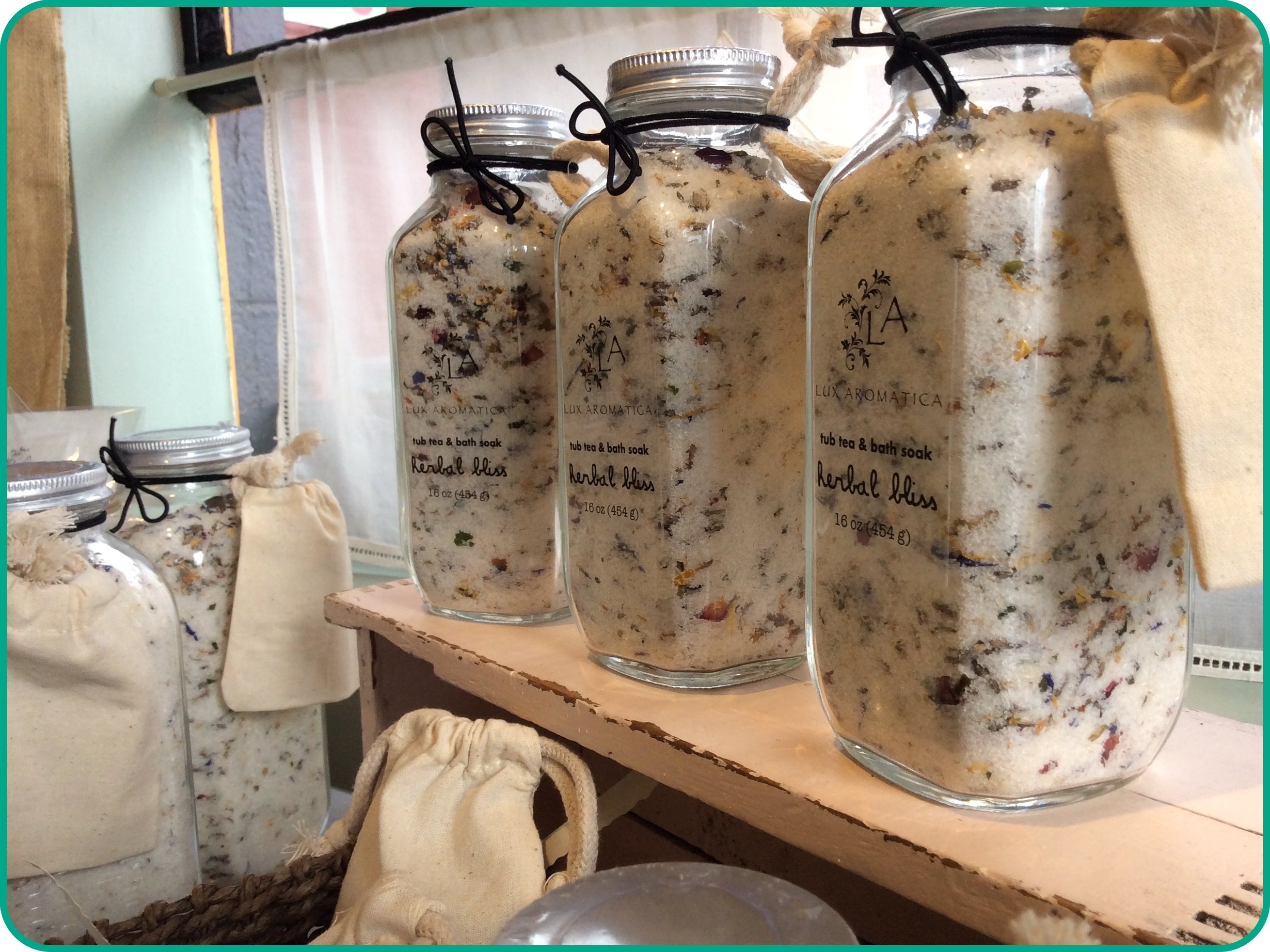 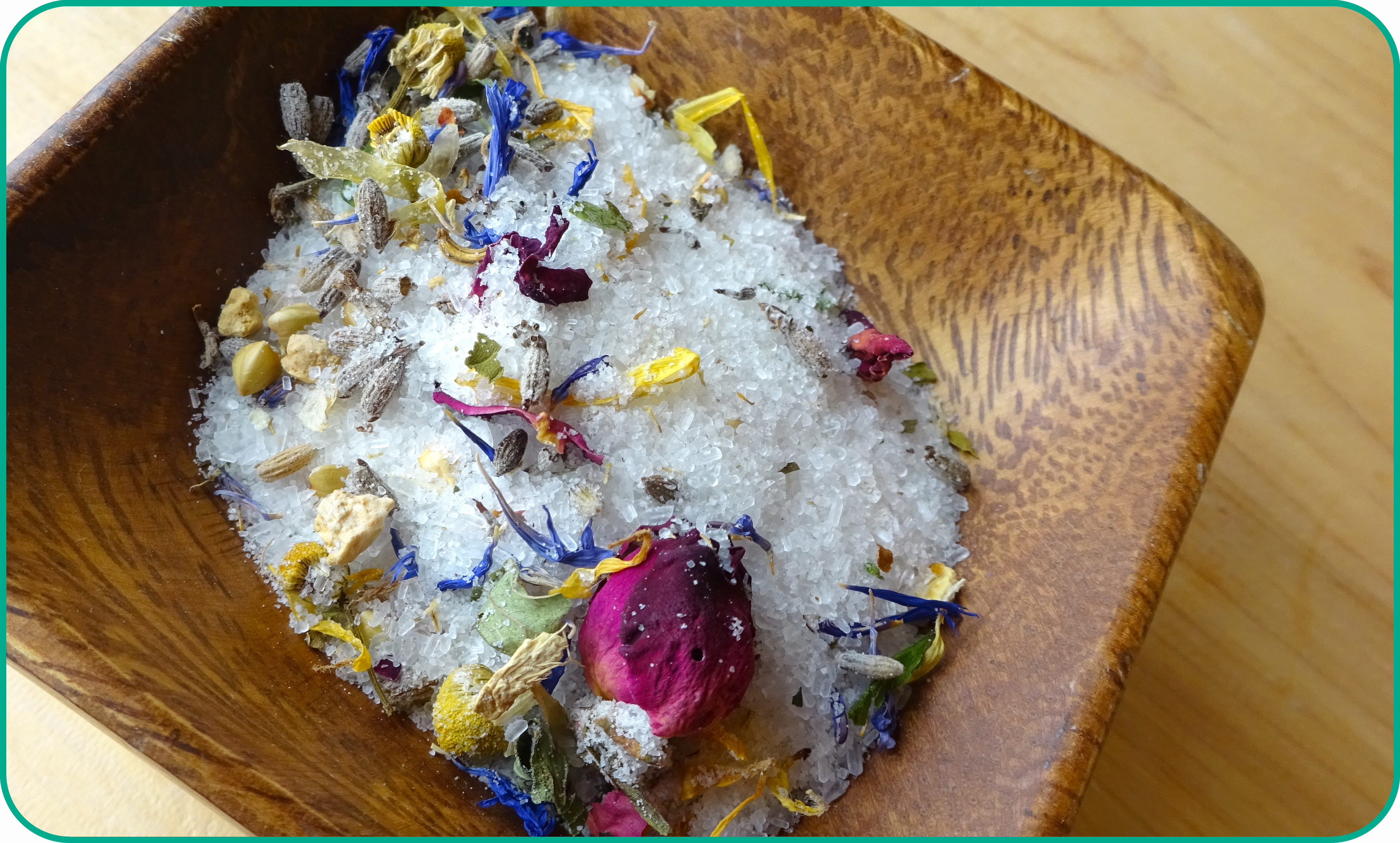 It’s the pink one!